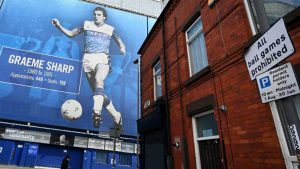 Football competitions around the world are being suspended due to the coronavirus pandemic. This suspension can lead to financial losses. Losses must be borne by the club and also the competition manager. Europe, which excels in the football business, has suffered the most. Understandably in normal situations and matches, the club will pocket income from two posts; stadium admission tickets and television broadcast rights.

So, when the competition is suspended, and the match is canceled even without spectators, the club will suffer losses. In general, football clubs have six income items. Respectively are television broadcasting rights, stadium ticket sales, prize money, merchandise, player transfers, and sponsorships.

The amount of money from this post will depend on the number of matches each club broadcast live on television. For example, Liverpool, which in the 2018-2019 season was the English club with the most broadcast rights revenue. Although only runners-up, Si Merah was broadcast live on 29 times and pocketed up to 33.5 million in revenue. If there is no match, that means there will be no live broadcast. As a result, revenue posts for broadcasting rights will drop dramatically.

Matchday is a time that both clubs and fans look forward to. For the club, this is real money in sight. Especially if the opponents you are facing are big teams or tough rivals with fellow competitors on the winning track. Tickets will be sold out for the capacity provided. It is also possible for the club to earn a decent income if it sells relatively expensive ticket prices.

Manchester United is the club with the largest stadium capacity in the Premier League, 74,994 seats. In the 2018-2019 season, Man United pocketed a total income from spectator tickets of up to 110.8 million.

Meanwhile, Arsenal is the club with the most expensive match admission prices in England, averaging around 95.5 pounds per person. Stadium tickets can also be accepted upfront, which is selling season or season tickets. Season ticket sales get better when a team is able to recruit promising players before the competition starts.

Competitions generally provide door prize or prize money for the team that wins or draws. There are also those who provide money to appear, apart from a win or draw, UEFA enforces it in the Champions League and Europa League.

So when appearing in the two events, each club receives a minimum amount of money from appearing per match. If you win or draw, the club will get additional prize money.

Not surprisingly, clubs in Europe are vying for the Champions League or Europa League. For elite teams, the target is to become champions or as much as possible to qualify for the minimum phase of the quarter-finals.

Domestic leagues also provide prize money. In general, the value for money is based on the club’s position in the final standings. So the higher the position of a club, the bigger the prize money.

This is a pretty tantalizing post. The bigger the club’s name and the more the champions, the more sponsors who want to enter with the lure of significant money. Some sponsors came from a whole different industry, like online gambling. One of the few online gambling sites that give sponsors to football clubs is Yukbola, fairly said as one of the biggest online gambling sites in Asia. Providing a lot of choices for your betting option, like Sbobet, Maxbet, Joker123, and many more.