Lionel Messi and Robert Lewandowski will duel to prove who is the best in the Champions League quarter-final stage. Both of them can determine the fate of their respective teams.

Barcelona will serve Bayern Munich in a one-leg quarter-final duel in Lisbon, Portugal. There was no second leg, which made it even more difficult.

This kind of match requires special players to determine the final result. That is the role that Lewandowski and Messi play, the best players in their respective teams.

Lewandowski is on Fire

This season is arguably Lewandowski’s best season. He’s scored a total of 53 goals in all competitions so far, an impressive record.

Among them, 34 goals were scored in the Bundesliga and became the top domestic scorer. Unfortunately, Lewandowski couldn’t beat Ciro Immobile for the European Golden Boot.

He also became the top scorer in the Champions League with 13 goals, plus six goals in the DFB-Pokal.

In short, Bayern’s no.9 striker will be Barcelona’s main enemy.

Regarding scoring goals, Messi’s score is actually no less than Lewandowski. He has scored 31 goals in all competitions, plus 27 assists.

Messi is La Liga’s top scorer with 25 goals, even though he missed the start of this season due to injury. In addition, Messi also contributed 22 assists in the competition.

In essence, regarding the importance of roles for their respective teams, they are almost irreplaceable. Lewandowski was directly involved in 54% of Bayern’s total goals, while Messi was involved in 53% of the goals.

Okay, let’s move to the next story about Chelsea’s transfer market!

Chelsea will spoil Frank Lampard in the early 2020/2021 transfer market because they have a transfer fund of up to 200 million pounds even though they have bought two new players.

For Frank Lampard, this is his second season as Chelsea manager. In the first season, he was considered quite successful with the Blues even though he did not give a single title.

Frank Lampard was able to bring Chelsea into the top four of the Premier League in the Premier League. Only lost one goal difference from Manchester United in third place. Then, they were able to advance to the FA Cup final.

Frank Lampard achieved the record above without spending any new players in the 2019/2020 season. He formulated a solid team with existing player capital plus players from the club academy.

Where Did Chelsea Get So Much Transfer Money From?

Frank Lampard has Chelsea’s full support for the 2020/2021 season. Improvement of the squad was carried out. Timo Werner and Hakim Ziyech are already in the squad. They are bought at a price that is not cheap.

Quoted from The Mirror, apart from the funds for the transfer of the two players above, Chelsea still has 200 million pounds of spending funds for Frank Lampard. The manager has expenditure funds that are in the range of USD 3.8 Million.

The funds actually come from the transfer budget that was not used in the 2019/2020 season. In addition, the funds were obtained from plans to sell players such as Kepa Arrizabalaga to Emerson Palmeri.

Kepa and Emerson are not included in Chelsea’s plans for next season. In fact, Kepa is no longer played in Chelsea’s last two important matches, namely in the FA Cup and Champions League.

Still, from the same source, several transfers are Frank Lampard’s priority. One of them is buying a new goalkeepers. The names Andre Onana to Dean Henderson are in the shot.

At the back, Frank Lampard is also targeting a number of top players. Ben Chilwell and Sergio Reguilon are both in the shot to fill in the left-back position. Then, there is the name John Stones for the center back position.

Declan Rice and Kai Havertz are also targets of Frank Lampard. In fact, for the second name mentioned, Chelsea is negotiating intensively and reportedly have received a personal agreement. 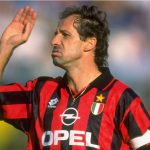